I merge this post of two weeks because the second week was too short because I was on vacation for 4 days :)

Sometimes it's better to take a break, breath and relax.

It was a very hard day. I installed Red Origin to our first customer (a big customer, btw) and I encountered some problems during the deploy. The most big problem is the database creation by Entity Framework, again. It didn’t start at the first hit and I struggled a lot to made it happen. The other one is a little bit more longer: the fronted of Red Origin is written with Blazor WebAssebly. As a big customer they have a lot of restrictions in the browser and they needed to change some policy about our application. Lesson learned. By the way now is up and running.

In the afternoon I received the link of my two sessions that I have delivered the last week:

I released the first version of “stone.css”. It’s a css3 library to deliver a PoC faster with a decent UI. https://github.com/kasuken/stone.css 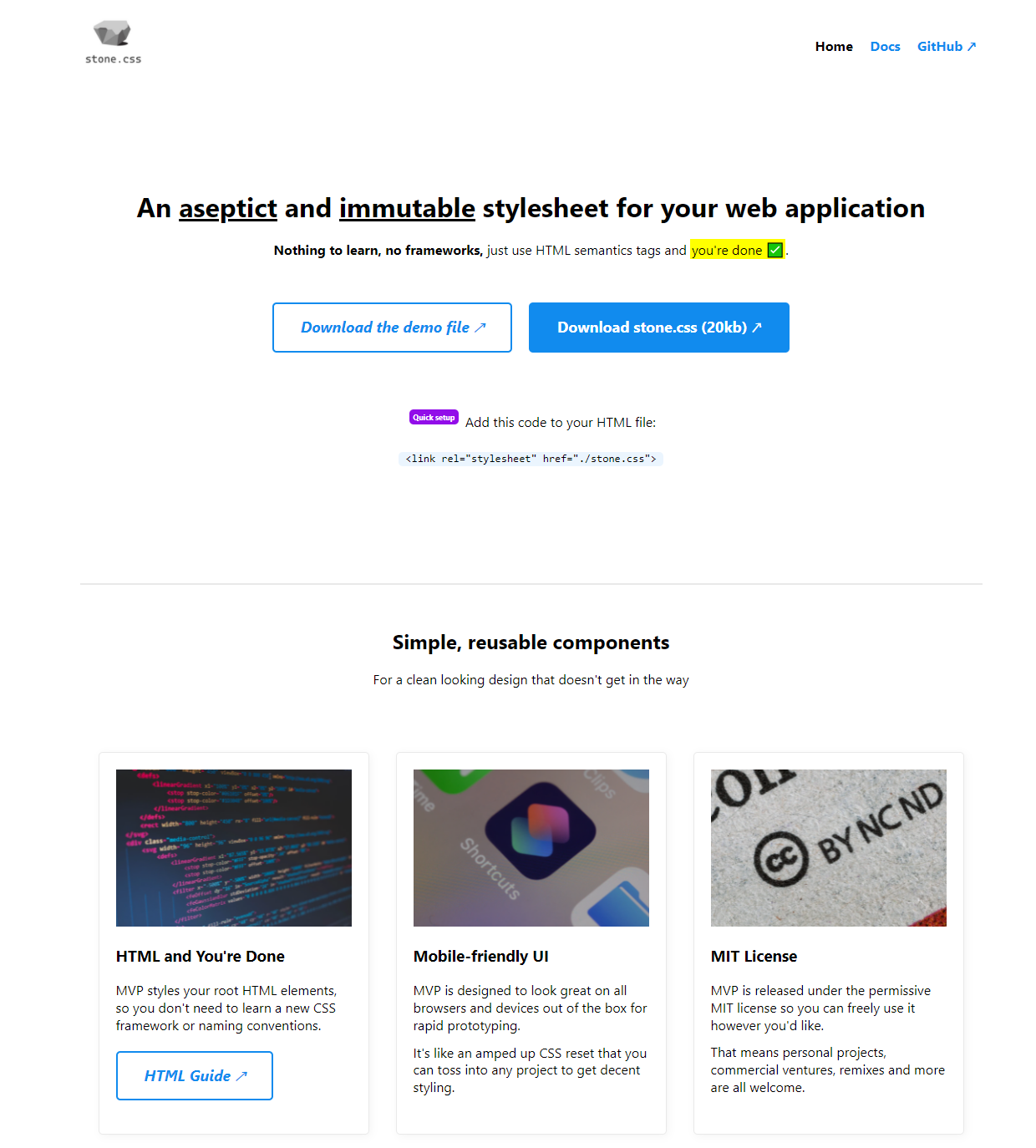 I started the morning with a small update about stone.css. I added the formatting css for the tag kbd.

I implemented the new classes to manage better the certificates on the Azure Apps on Red Origin. Now it works very well, even the Graph API are a little bit slow.

I woke up early to work before on the product before the demo with the customer at 9:00. I had time to implement a new feature just before the demo because this potential customer asked for this special use case. Done 28 minutes before the meeting and it went well! 🙂

At lunch I joined two my colleagues at Microsoft Switzerland for a tour in the new offices. Amazing spaces and amazing furnitures! 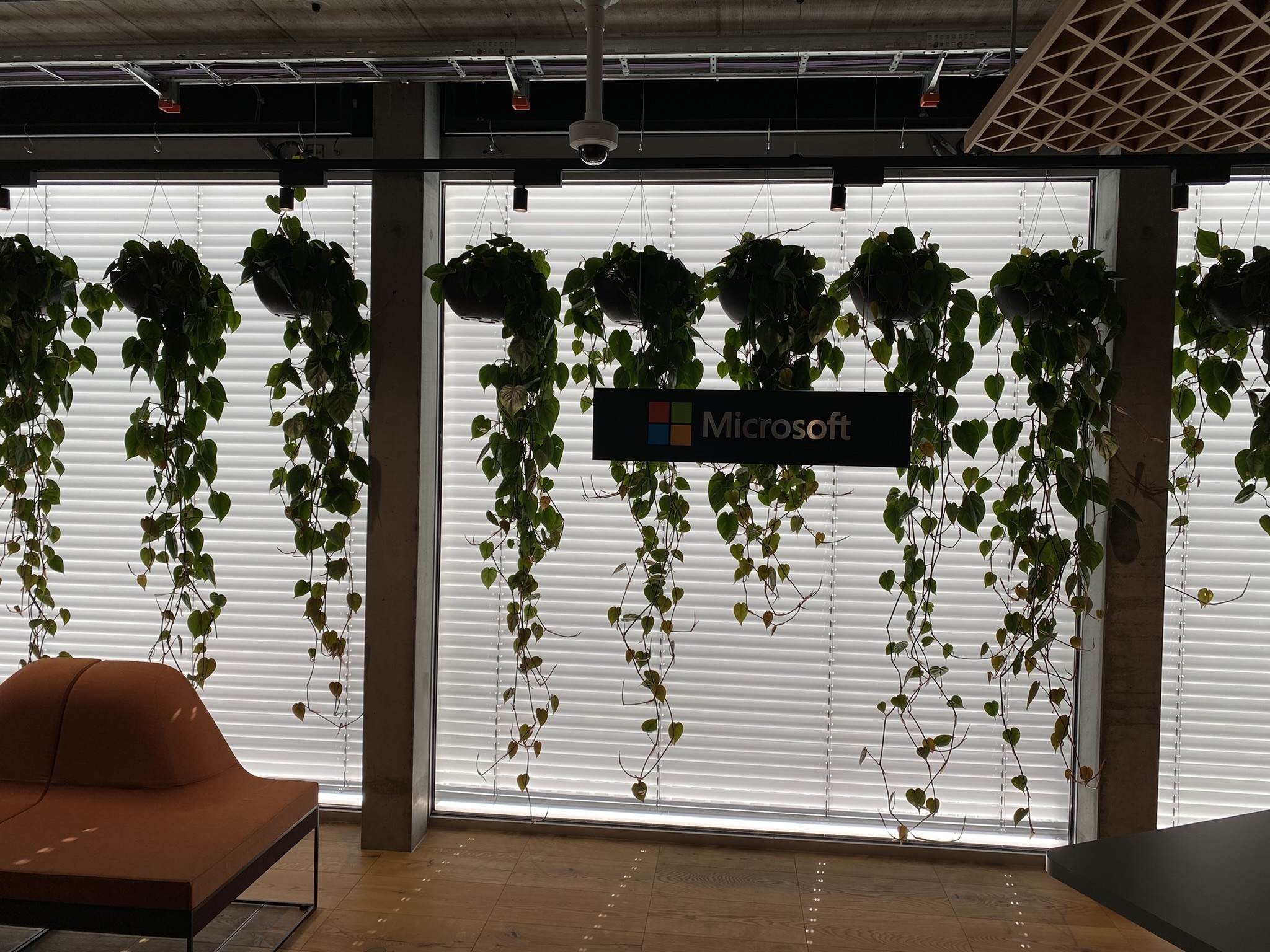 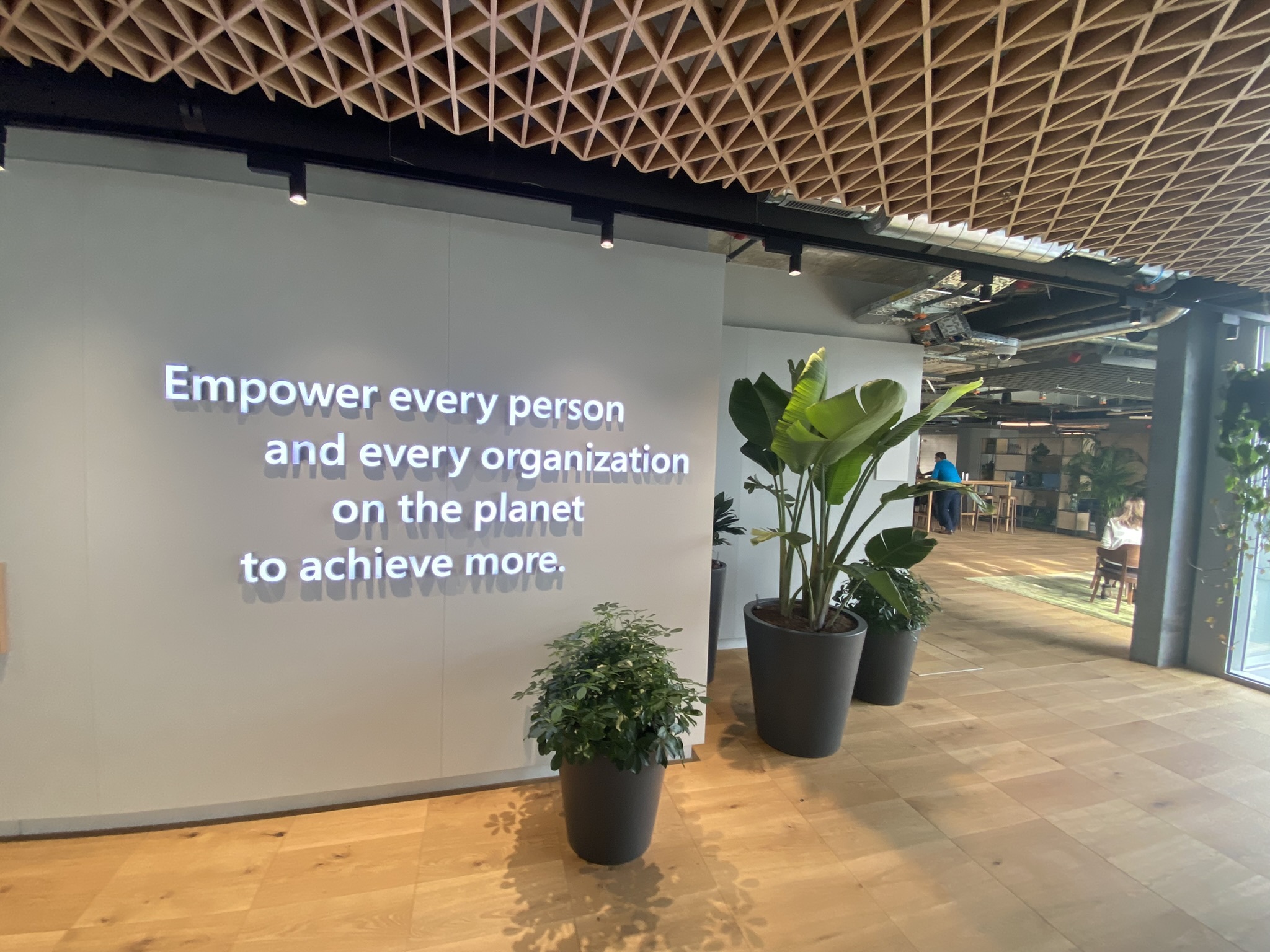 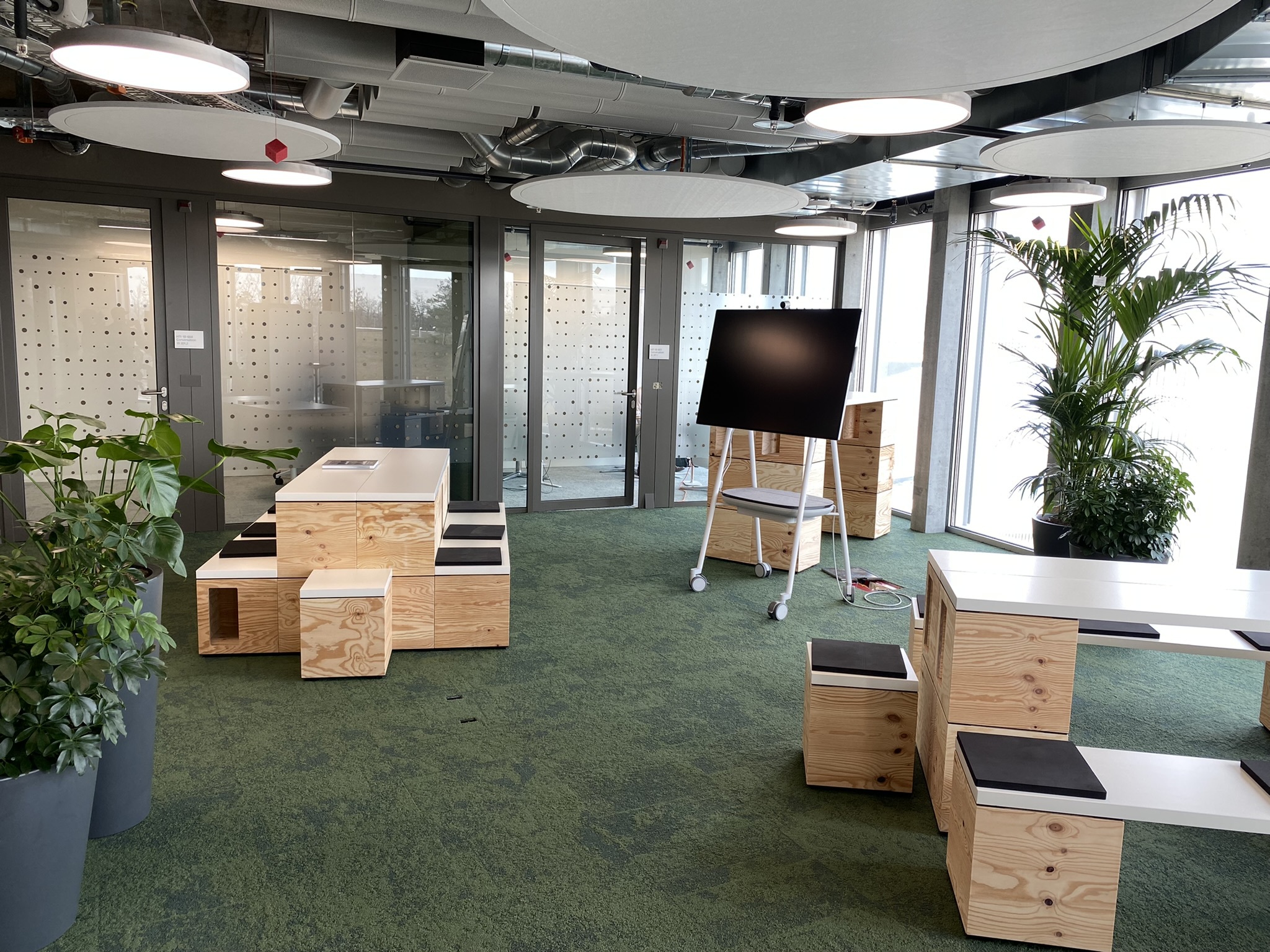 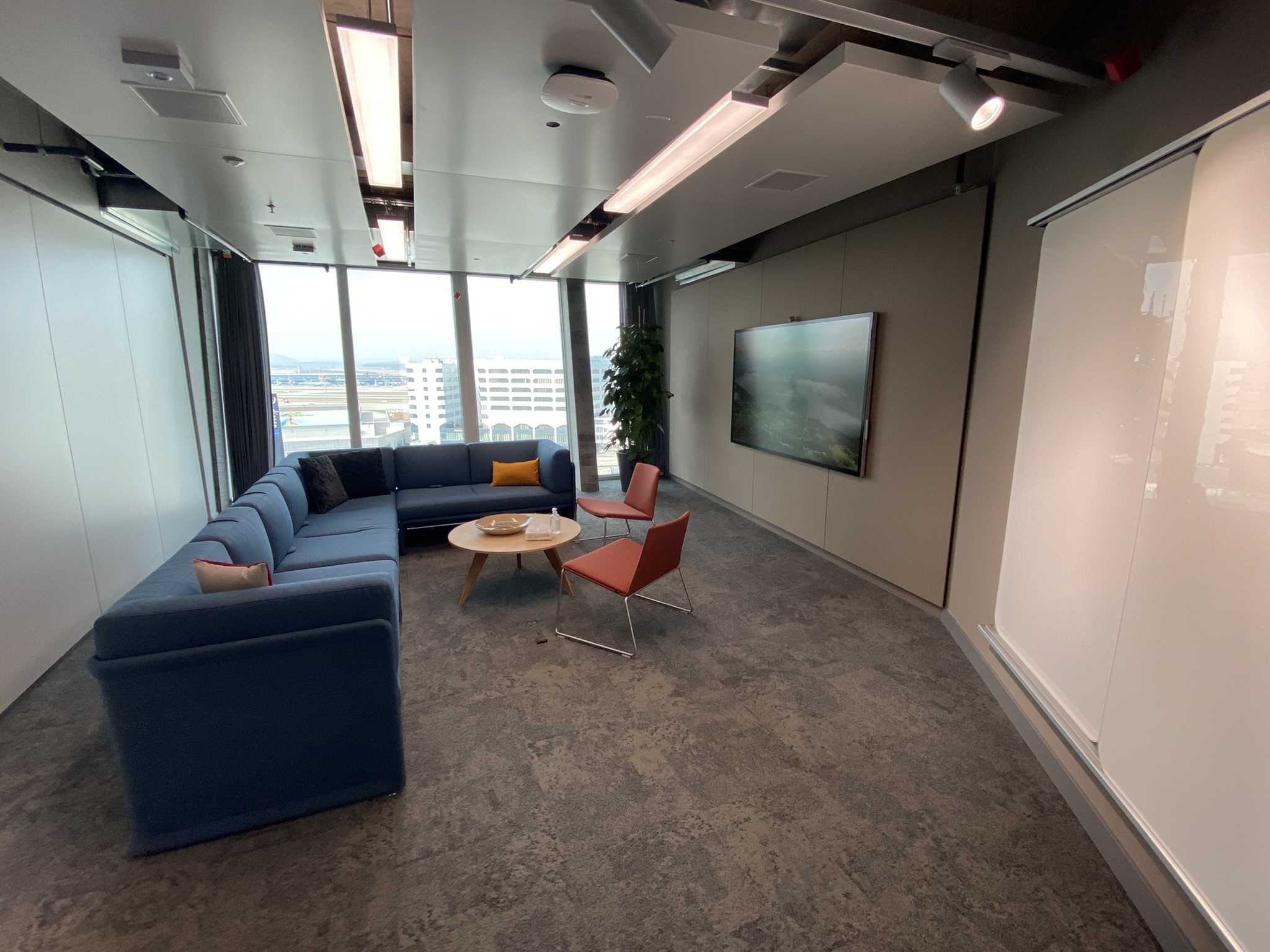 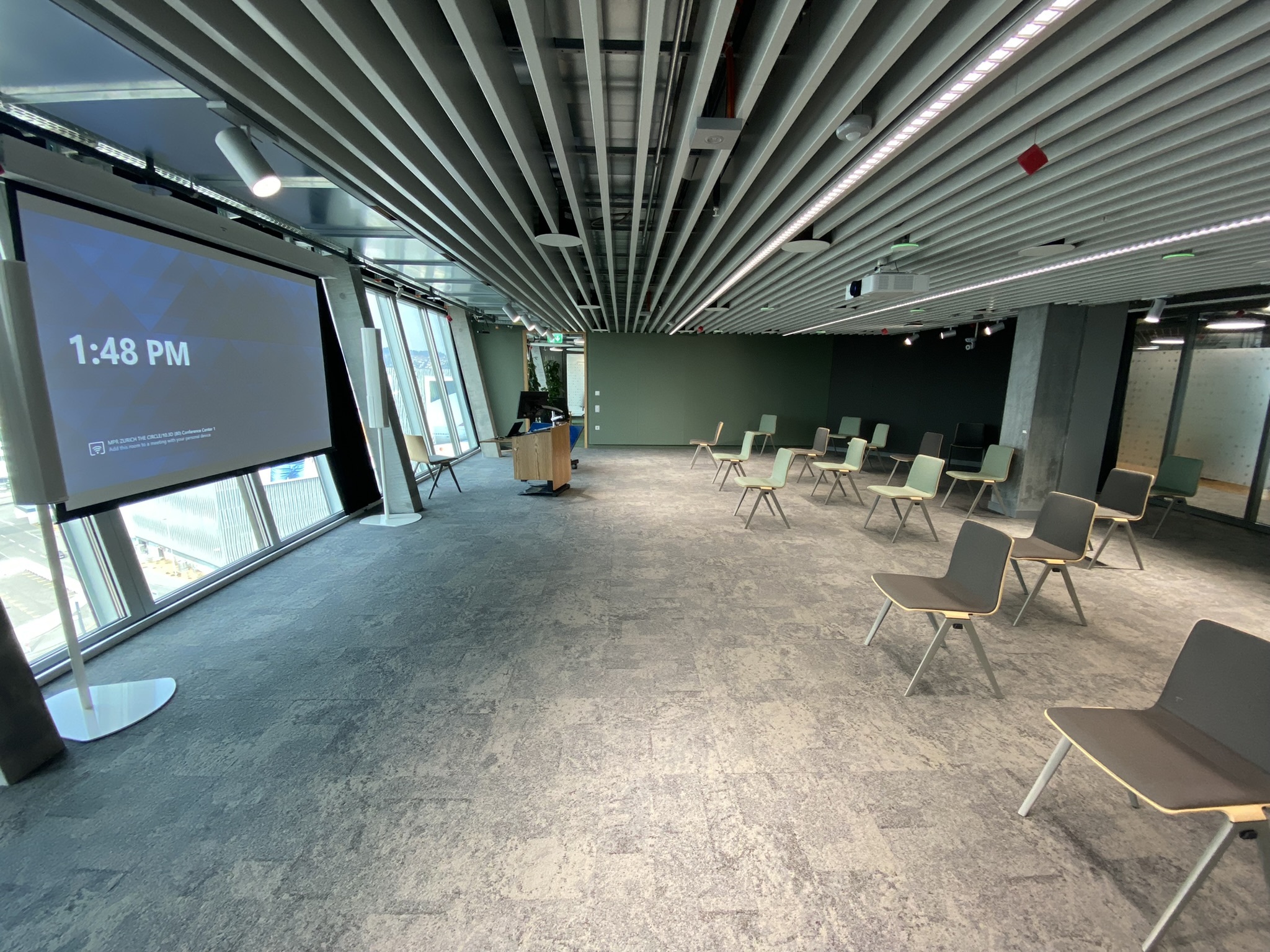 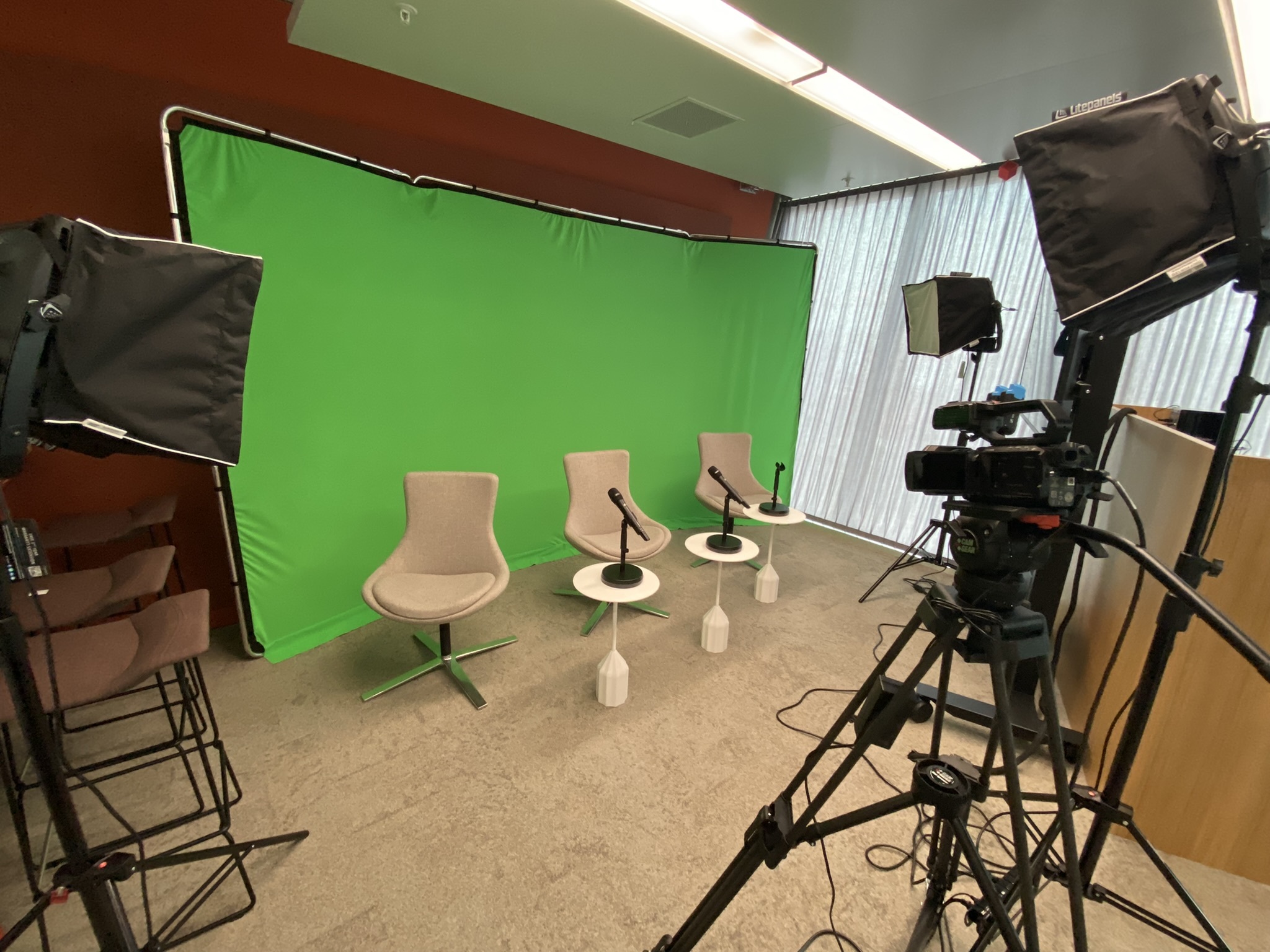 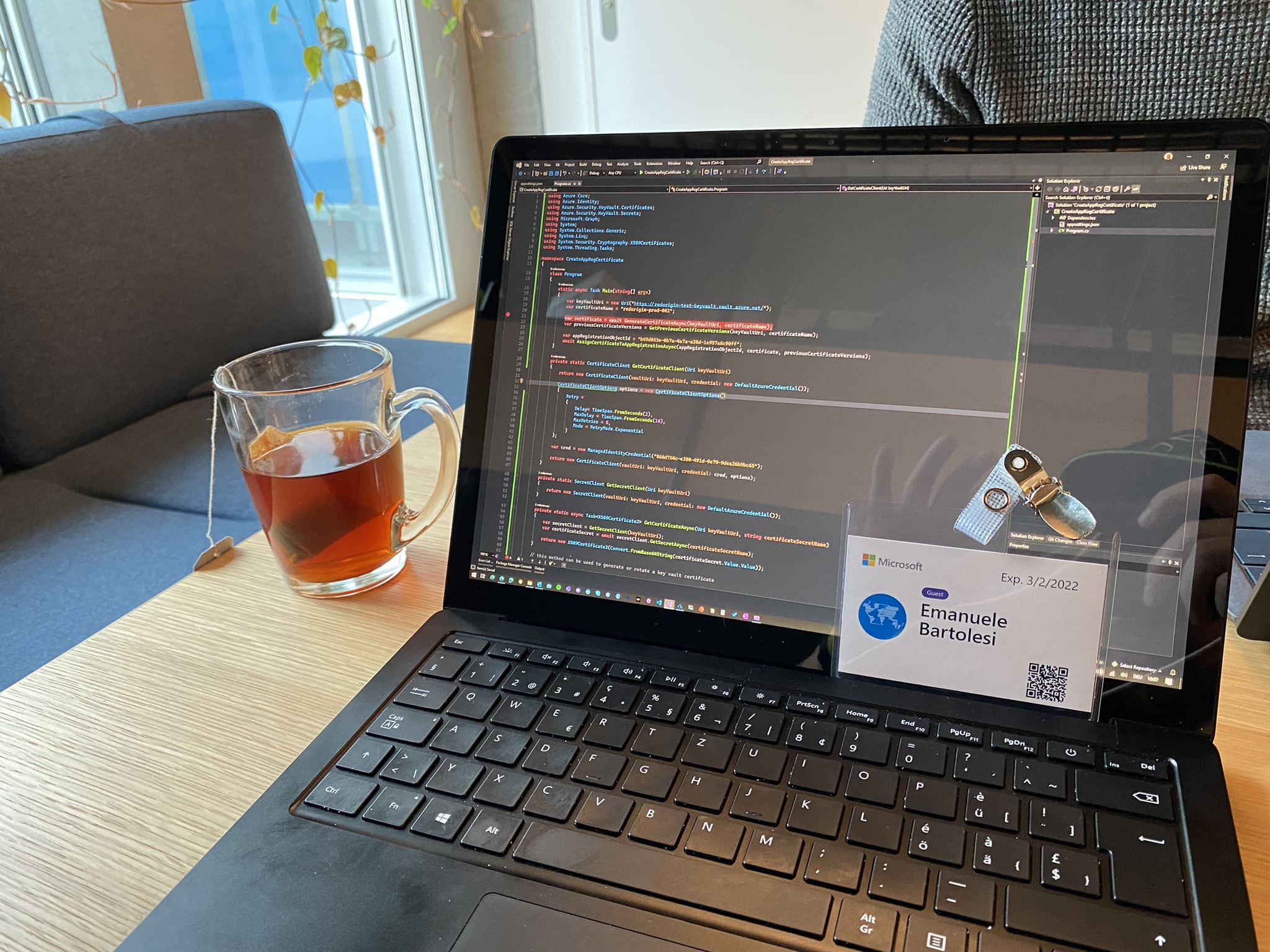 In the evening I worked a little bit because I “wasted” a lot of time today. It was a little bit weird to talk in person with a lot of people that I saw just trough a webcam in the last 2 years.

I woke up early today, as every morning, and I started to work on Red Origin product. I worked on the workflow feature that we have to request a new App Registration on Azure AD. It worked but I had some issues to assign the right permissions for the new App. Finally I solved it. The documentation on the Microsoft website was not so clear and without any example about that.

In the afternoon I recorded an introduction video for LinkedIn Learning about Git and GitHub. In the next months I will release a new course about that on LinkedIn platform.

I debugged a lot Red Origin and I have implemented and tested the implementation to store all the certificates and secrets in the keyvaults.

Office day with the team! Time to time, we go to the office with the entire team to spend a day together. Working, eating and having fun. :) 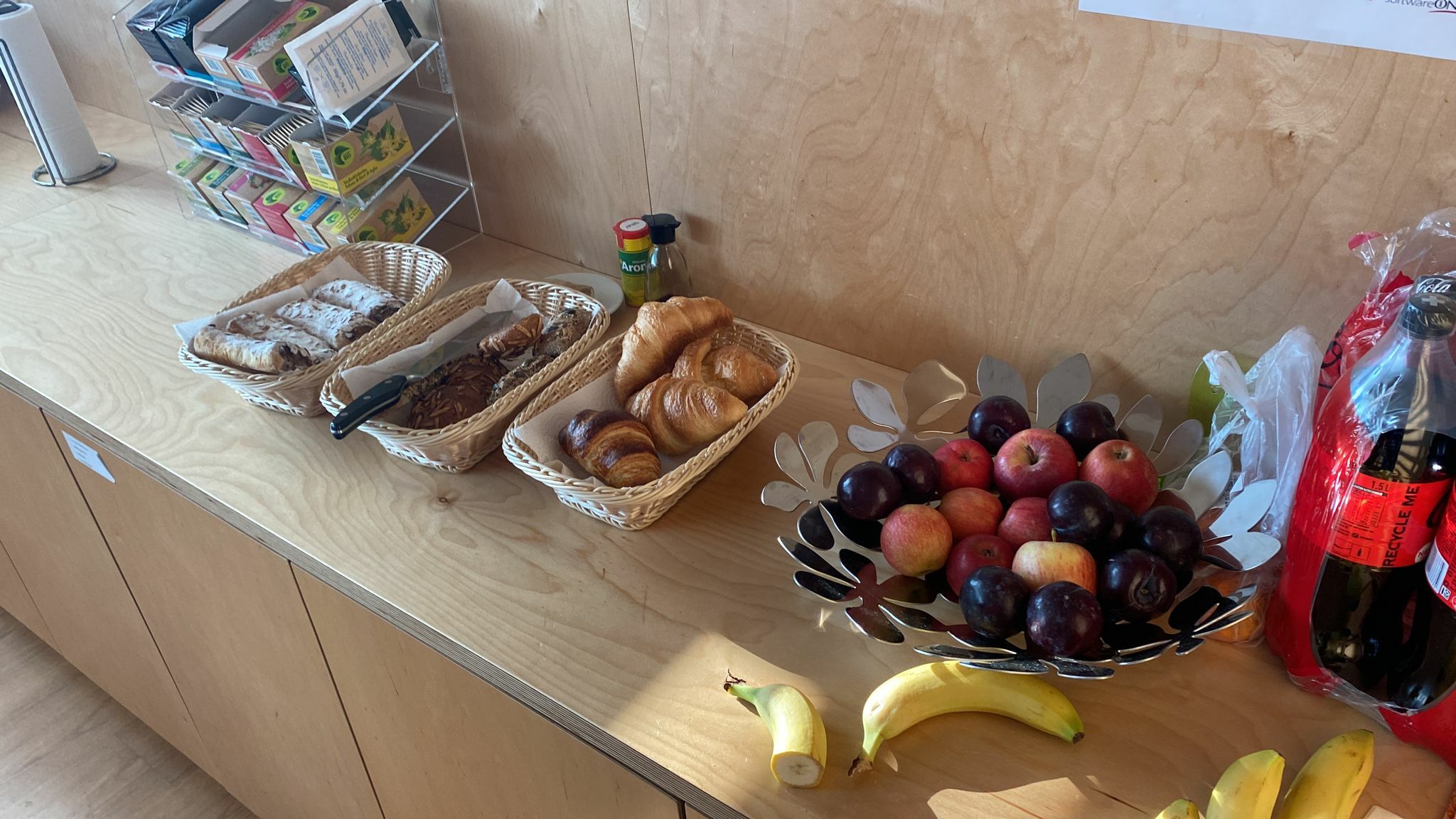 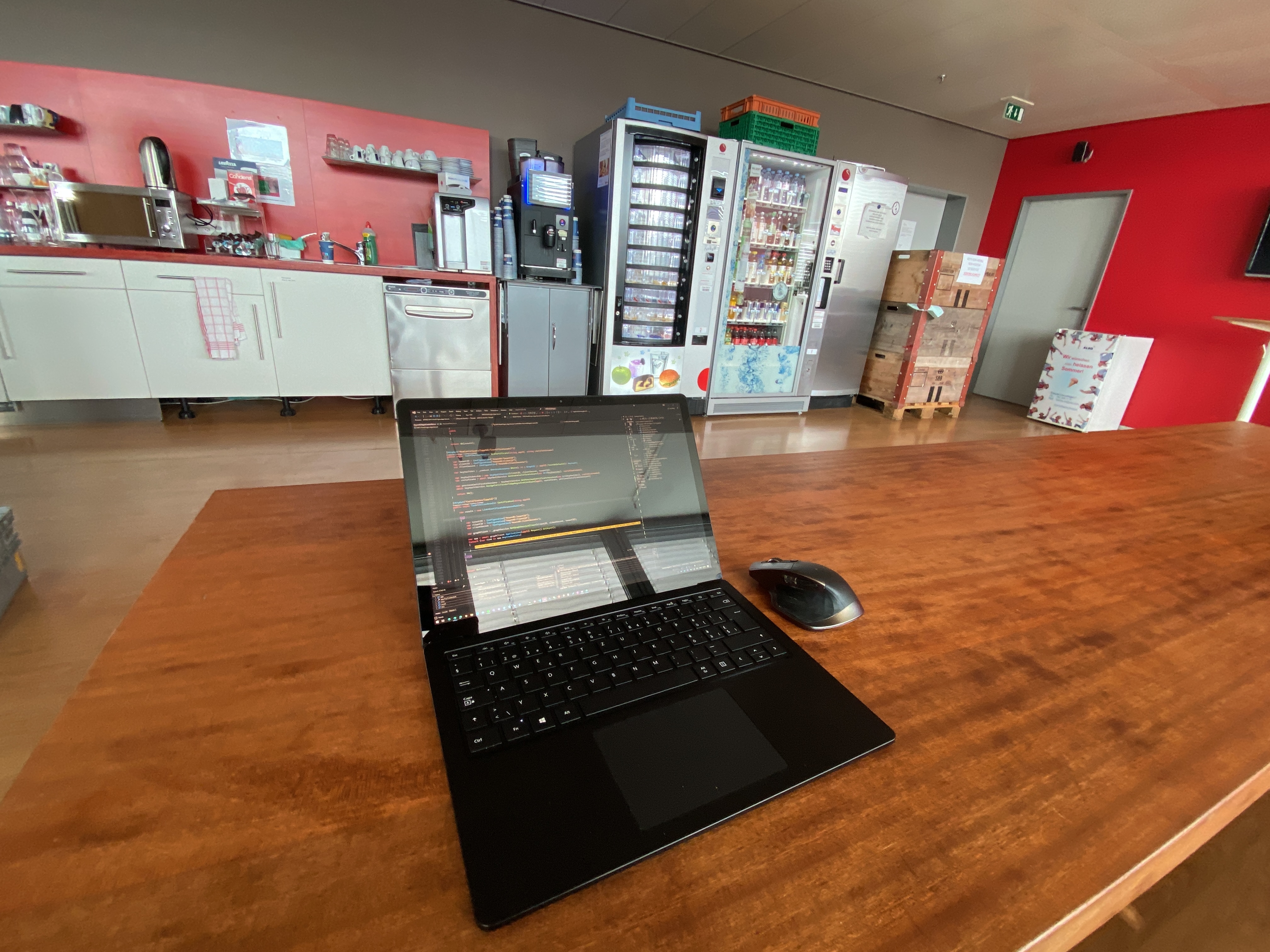 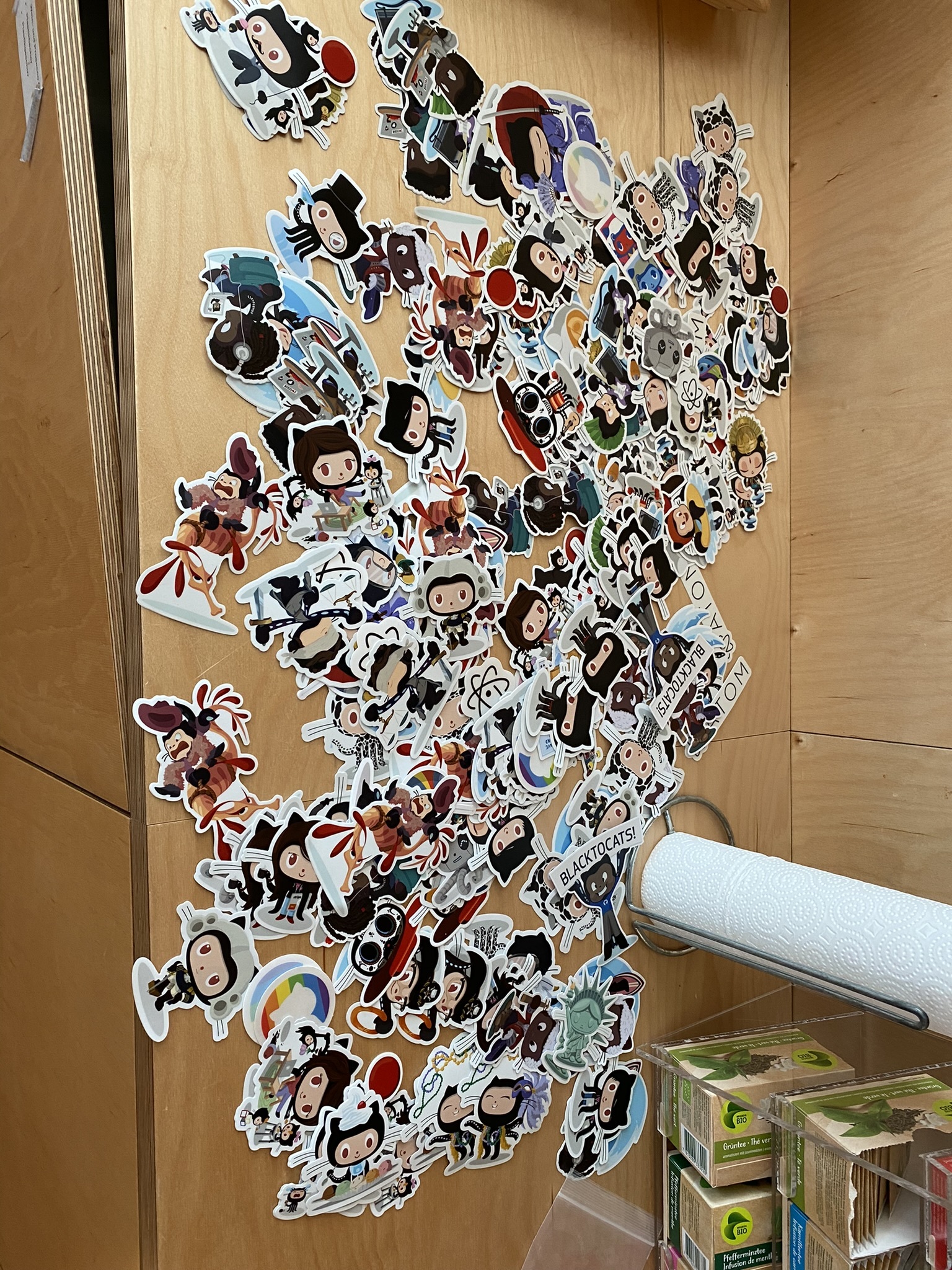 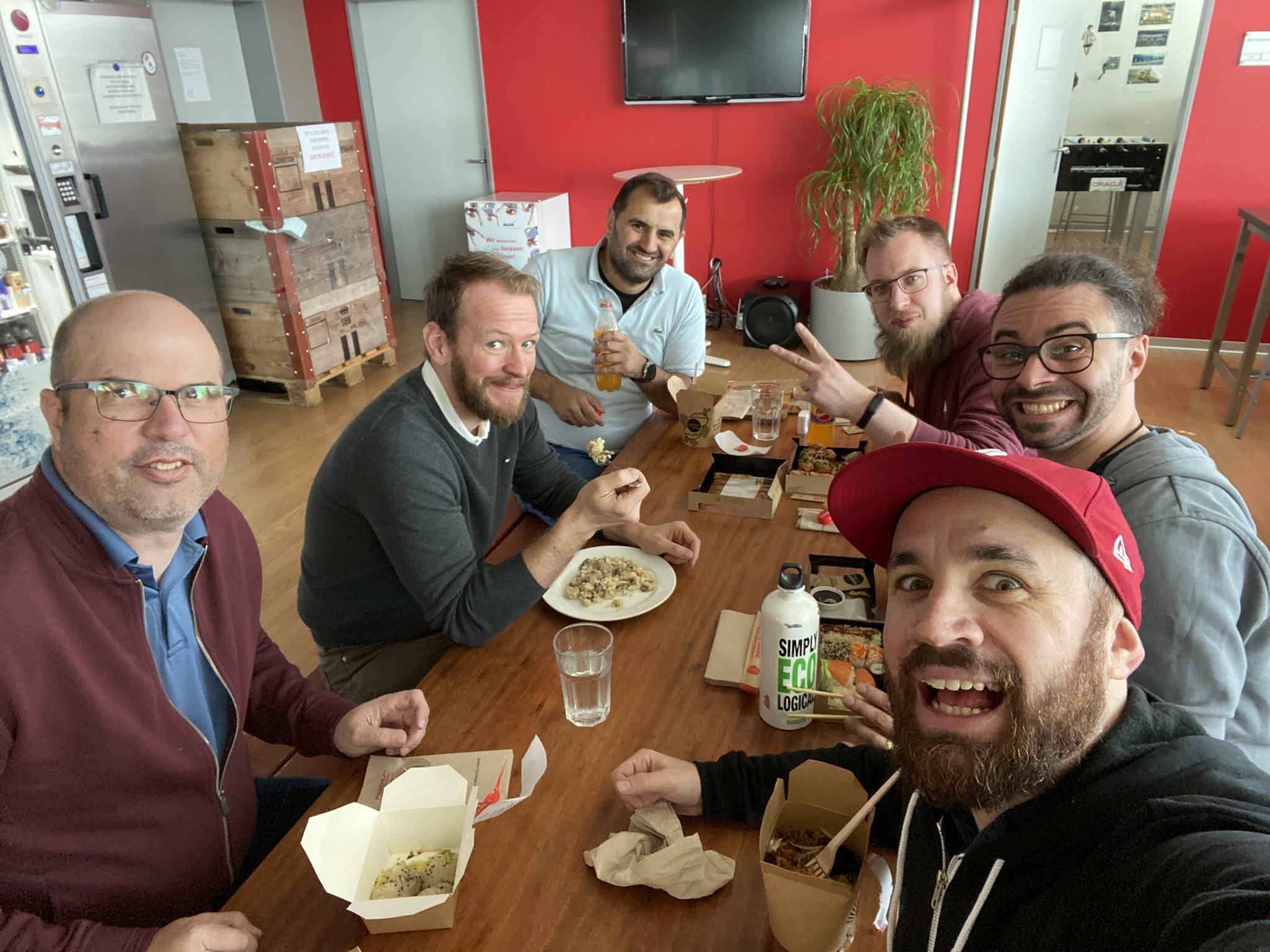